Whether company logos or street signs – we pour your logo or company lettering into concrete. Much can be realized using the latest technology (including 3D printing). In addition, dade design has collaborated several times with architects and artists to realize their ideas and designs as a concrete model or sculpture. There are no limits for your creativity. We look forward to your inquiry.

Whether company logos or street signs – we pour your logo or company lettering into concrete. Much can be realized using the latest technology (including 3D printing).

ALL SCULPTURES & SIGNS ARE MADE FROM DADE ROC HIGH PERFORMANCE CONCRETE 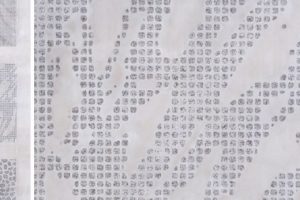 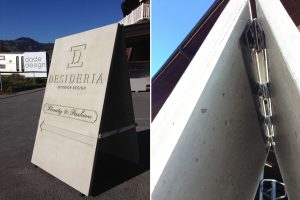 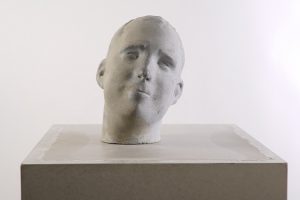 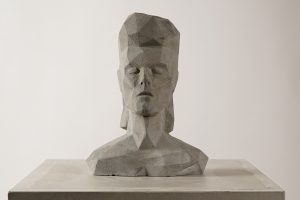 CONTINUE TO OUR CONCRETE PANELS

An outstanding project even for a professional concrete manufacturer like dade - to be able to realize a challenging assignment for marte.marte architects for the Venice Architecture Biennale 2016. As the only Austrian architects, marte.marte were invited to talk in the main exhibition at the Arsenale about small victories in their projects which serve to improve the quality of the built environment. With the title: "In the search of the unexpected", 5 concrete cubes were planned, each of which contained a succinct detail of realized projects. At the same time, film sequences by Andreas Waldschütz were shown on monitors. These large concrete cubes were produced by dade-design.com using state-of-the-art technology - the shapes for the terrain structure as well as the elaborate architectural models were realized with the 3D printing process developed over the last two years. Subsequently, the grain was worked out manually from the acidified surfaces by the artist Gregor Weder by hand. Since the cubes are exhibited in the venerable Arsenal and transported across the canals in Venice, the weight of the blocks, each with 160cm side length had to be below 2t. Normal - i.e. fully poured - the cubes would weigh about 10.5t. dade design succeeded to match the weight limit by applying sophisticated mold and formwork technology as well as making use of the high-performance concrete dade ROC. 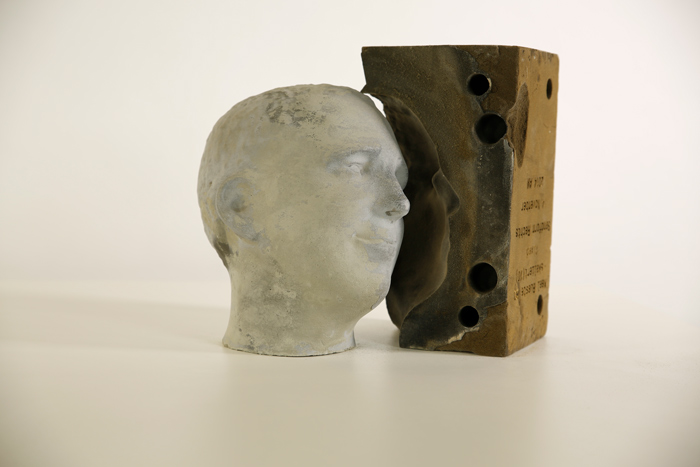 We cast your personal bust / sculpture in concrete

BATHING IN WATER, SAND AND CEMENT

dade design is your partner for the realization of outstanding bathrooms in concrete. In addition to the "standard" products listed above, we specialize in custom made orders. Every concrete bathtub is also available in other dimensions and designs. We are happy to manufacture special dimensions for you or individual bathtubs according to your specifications.