The future of concrete is called innovative technology

In the past, concrete meant heavy physical work and rough forms. The material wasn’t really considered sexy. In the meantime, architects are designing entire houses inside and outside with this material – the designs are becoming ever more delicate and the colours are more diverse. The technology of the future is 3D – and this development does not halt for concrete. As a pioneer in innovation, dade design is a leader in exploring new applications and is looking for the best partners for joint projects.

Moulds from the 3D printer

For example, with voxeljet – a manufacturer of innovative 3D printers – we developed moulds in which liquid concrete can be poured that allows us to transfer even the most delicate structures to the final concrete piece. For your information: mould making is generally the most challenging aspect in creating extravagant concrete design.

Voxeljet immediately seized the opportunity and had its business sign made by dade – the 3D elements with undercut are perfectly shaped in concrete – smooth and rough structures result in an exciting whole. A great result for the use of 3D technology in mould making – an approach that has already received lots of attention in the trade press.

Voxeljet sees future areas of application for concrete casting in architecture and the construction industry. Facades, elements of interior design or even furniture can be easily realized with voxeljet’s 3D printing systems, just like objects in the art and design industry. voxeljet successfully produced the company stone on the first attempt together with dade, a leading specialist in high-end concrete design and mould making.
Autocad magazine, 3D-Druck von Betonschalungen, 07.12.2017

Von weitem wirkt er schlicht – doch seine Front hat es in sich. Das Logo From a distance it looks simple – but its front is sophisticated. The logo of the 3D printing specialist Voxeljet protrudes from a rock formation with clear undercuts. You might think that several stonemasons cut it out of solid stone over the course of months – but it is based on a completely different manufacturing technique: state-of-the-art 3D printing.
BAUEN AKTUELL, 3D-Druck von Betonschalungen, 07.12.2017

Architectural models made of concrete

dade MODEL is particularly interesting for architects – perfect architectural models can be produced using this innovative mould technology. As always, dade consistently goes its way – challenges of demanding customers are an incentive for our employees to think and implement new ways. dade design is looking forward to your exciting ideas and wishes – our staff will be happy to assist you.

Star flair for design-savvy kitchen lovers: Joint project – initiated by Orea Küchen Zürich – combines the innovative strength of Caminada and dade design in one kitchen island. Cooking and living at the heart of the living space.

Whether as a worktop or as cladding for kitchen furniture – terrazzo is trendy. The individual choice of concrete colour and aggregates determines the result. Because of the sanding, the surfaces are highly compressed and can withstand wear and tear in the kitchen. 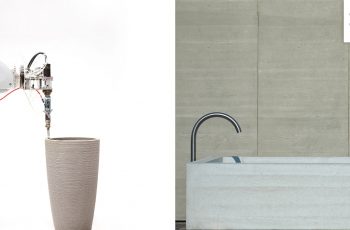 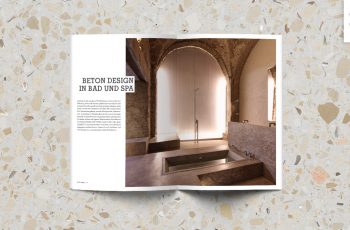 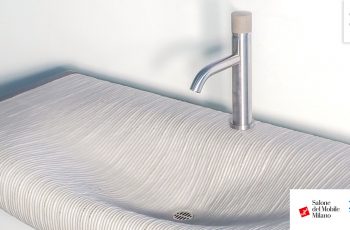 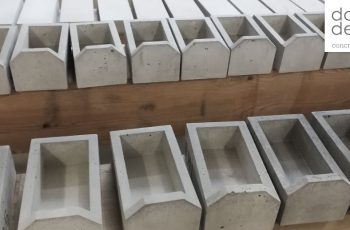 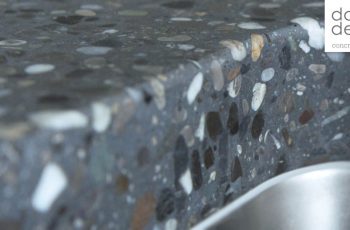 The word Terrazzo has its origin in the Italian language and means flooring. Terrazzo was… 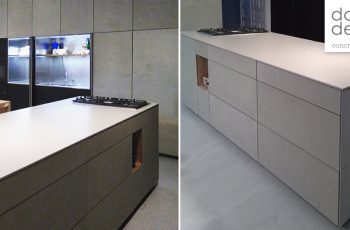 The kitchen has been the heart of the home for thousands of years. In the… 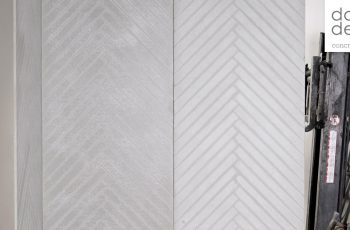 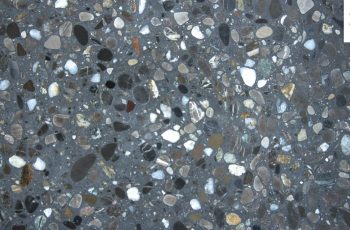 Well known from palaces (Palazzi) in Italy, terrazzo is becoming more and more trendy and…

Selected products from the dade world of concrete